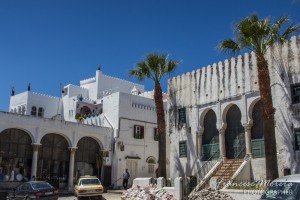 After the dismantlement of the French colony that occupied the North of Africa until 1912, Tangier was under the joint administration of nine countries nearly all Europeans, and somehow abandoned to its fate. Because of this, until 1956 Tangier was an international city, capital of the European and American bourgeois exile and a meeting place for people of the most disparate conditions and nationalities. As a free city with quite lenient laws attracted dubious businessmen and smugglers, spies, ruined nobility, Russian tycoons, millionaires, eccentrics, prostitutes and opportunists of every variety who inaugurated a style of bohemian and libertine life that became the hallmark of the city.

They came to escape the war and seeking their easy business opportunity but also attracted for the exotic that was the cosmopolitan and liberal city of the African colony. Mythical city, bohemian, promiscuous, licentious, scoundrel, there are many adjectives that were applied to the Tangier of those decades between the wars. In fact it was so described 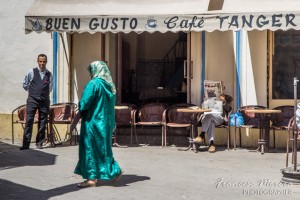 by one of its well known hosts of that time, the writer always branded as “damn” William Burroughs: “Tangier is one of the few places left in the world where as long as you do not steal, you are not violent, or have some sort of anti-social behavior you can do exactly what you want.” This phrase was not referred only to the creative freedom, but also to the moral depravation of this celebrated and reviled Beat Generation, to whom the bad reputation of Tangier owes so much.

Far away are the evenings of literary gathering at Cafe Hafa, or the passing of Rita Hayworth by the elitist hotel The Minzah, or the legends that say the multi millionaire Barbara Hutton made enlarge the streets of the medina of Tangier so she could drive her Rolls Royce. Other artists and writers such as Jack Kerouac, Samuel Beckett, Henri Matisse and Tennessee Williams also lived here temporarily. It is true that all this is just as an echo or a legend, but it is equally true that encourages exploring the city as in Tangier remains alive the memory of the first generation of Western artists who encouraged us to explore this fascinating country gateway to Africa. Recently I read “In Tangier today´s life flows between myths crumbs and anecdotes more or less credible.” And it is true; still a bohemian, 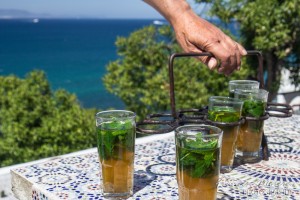 intellectual and clandestine air permeates the Cafe de Paris, which appears in many stories that fueled the intellectual fame of the city, or at the Café Hafa, that without major changes descends on ladder from the cliffs of elegant Marshan neighbourhood. Founded in 1921 between Cape Spartel and Cape Malabata, and near the caves of Hercules I could see that this place is not very well seen by the Muslims because many of the people who frequent the place, like decades ago smoke hashish. From its irregular chairs and tables, local couples eat and chat facing the European coast and enjoying the blue sapphire sea while strangers observe the place, trying to be partakers of the same even for a couple of hours. An elderly waiter brings us mint tea into a kind of iron stand made to transport the tea glasses and proudly explains to us in a perfect Spanish that this curious contraption is famous because it has come out in several Hollywood films. How to forget the past when it continues do present in the minds of the people… 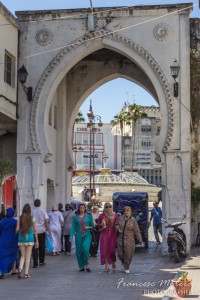 In the Medina area, particularly in the “little souk” (Petit Socco), that tiny square that served as model for Matisse, Delacroix, M. Fortuny or Tapiró among many others, to sit in the Café Fuentes, or Café Tinguis just opposite the square, is an almost obligatory ceremony. I would say that is the national sport very in consonance with the hackneyed little phrase that surely you will have heard in Moroccan lands: “Dude, hurry kills”. Sitting on a terrace facing the traffic of the street, the locals, (this does not include to the ladies) spend hours in front of a teapot and waiters teem from table to table pouring the green tea concoction from tea pots to the glass and vice versa. It is a masculine amusement. Near the Petit Socco is found one of the landmarks of the city, I mean the Continental Hotel,

overlooking the harbor. Cruise ships that dock in the city for a few hours are entertained with refreshments on its terrace, perhaps without knowing that this monument to decadence opened its doors in 1865. Many famous Spaniards rested within its walls, including Pío Baroja, Jacinto Benavente and Antonio Gaudí, who was in Tangier to project a cathedral that was never built. A young Englishman named Winston Churchill also stayed here while he was a war correspondent. In the abandoned hotel hallways, who certainly knew better times, accumulate memories and photographs of these illustrious guests.

As writer Mohamed Choukri writes: “Tangier is a mythical city and myth is not explained. A town, a city without myth is a dead city”.

Here myths wander around everywhere so the city is not at risk. 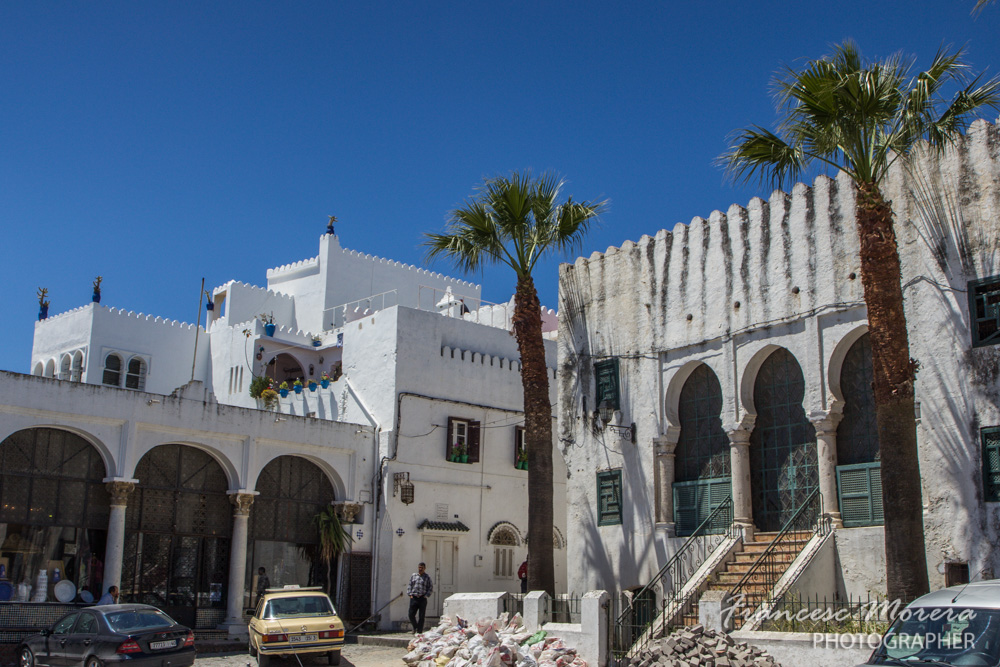