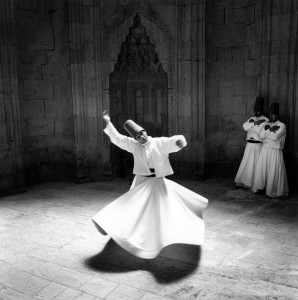 While I recognize that the first time I heard of them was in Istanbul, the fact is that the dervishes are Islamic Sufis. Sufism is a spiritual stream, which, like Zoroastrianism, also born in Persia before the Christian era, and which have resulted in a rich culture especially in Turkey and Pakistan.

Subsequently, this trend was integrated in Islam, and is a Sufi community of fifty million people worldwide. Dervish literally means “one who seeks the doors”, and is often organized into orders called tarigas which through elaborate rituals and dances recitation generate mystical states seeking to facilitate the path of the initiate toward union with God. The dervishes seek union of humans with God, by raising the soul to higher states of consciousness. The dancing has a profound spiritual and mystical meaning, placing the right hand with the palm upward to infinity, and the left hand with the palm down toward the earth. 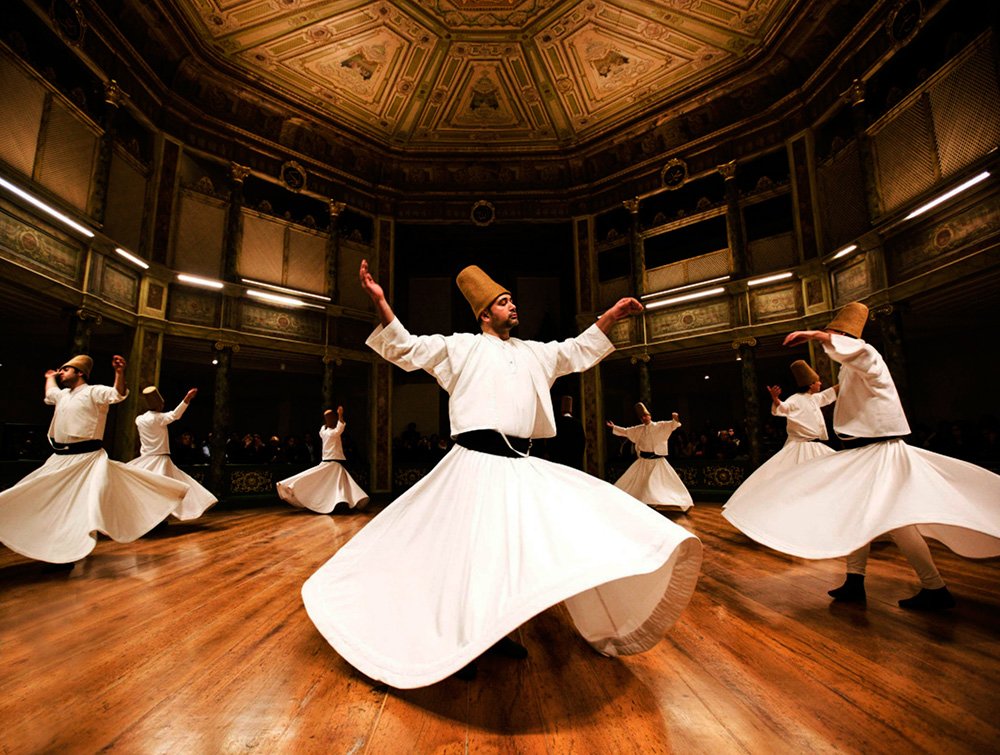 The dancer becomes a transmission channel of the divine, a mediator between heaven and earth, collect the baraka, or blessing of heaven and carry it to earth for distribution to others. The costumes, also has its symbolism. In fact, when reaching the temple dervishes wear black, the color of the final resting place, and gradually go stripping of this layer to bring other white robes, purity achieved after the death of the ego. The conical hats that carry symbolize control of emotions and thought that every initiate must possess.

The whirling dance is a ceremonial of dance and meditation and is called Sema, and although what foreigners usually can see is only a glimpse of the actual dance, in the original they can spin for hours. The dervishes, in circles, move spinning to the beat of the music, and they increase the speed and intensity of rotation until it ends on a high spiritual exaltation. The ceremony attempts to reflect the rotating nature around, from galaxies, and finally thought to atoms. 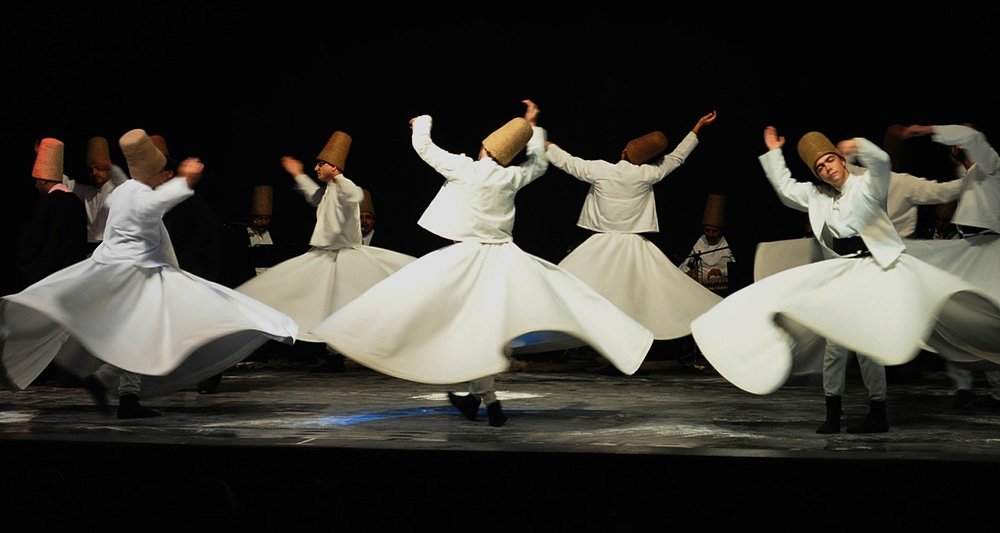 In the city of Konya we visited Mevlana Rumi’s tomb, one of the most important Sufi sages of all time, who died here in 1273, and the Mevlana Museum, located in the convent of the same name, founded by the same Sinan the great mosques of Istanbul. Next to the convent is the Mosque of Sultan Selim, recognizable by its beautiful turquoise dome. 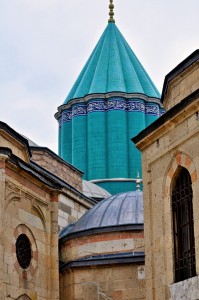 Istanbul, if you want to see one of these dances of Sema, the best way to see dervishes if you are in Istanbul is in a room called Hodja Pasha Art & Culture Center, next to the emblematic Sirkeci train station. Performed by the Sufi Group of Istanbul, obviously the public does not reach unity with God, but the atmosphere that is created, music and dance, fluid and rhythmic, invite you to relax and empty your head of thoughts, even just by one hour.

The Mevlevi Order was banned in Turkey by Kemal Ataturk in 1923 along with his reforms, but by the 1950s, the government realized that the dervish dance was a good tourist attraction and again allowed to perform dervishes in Konya, on the anniversary of Rumi’s death. Today dervishes appear regularly in tourist attraction sites, including music festivals abroad. The Sema was inscribed in 2008 on the Representative List of Intangible Cultural Heritage of Humanity by UNESCO.